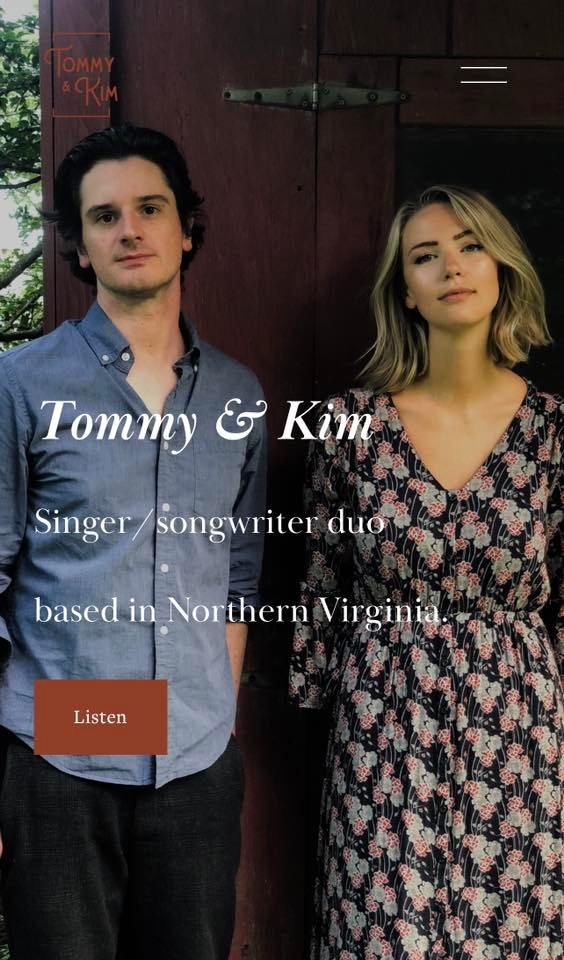 Tommy & Kim features pop/rock/folk artists Tommy Gann and Kim Pittinger. Each performed around the Northern Virginia and D.C. area as solo acts until a songwriters retreat brought them together in 2014. They have been writing music and performing together ever since. In addition to their original music, Tommy & Kim have a unique way of putting their creative touch on classic songs. Together they have been featured acts at Leesburg, VA’s Acoustic on the Green series and Hamilton, VA’s Songs Stories and Gas Money series. Further east, they have performed at venues such as Pearl Street Warehouse and Union Stage in Washington, D.C. Tommy & Kim are currently booking in the Northern Virginia/Washington D.C. area.